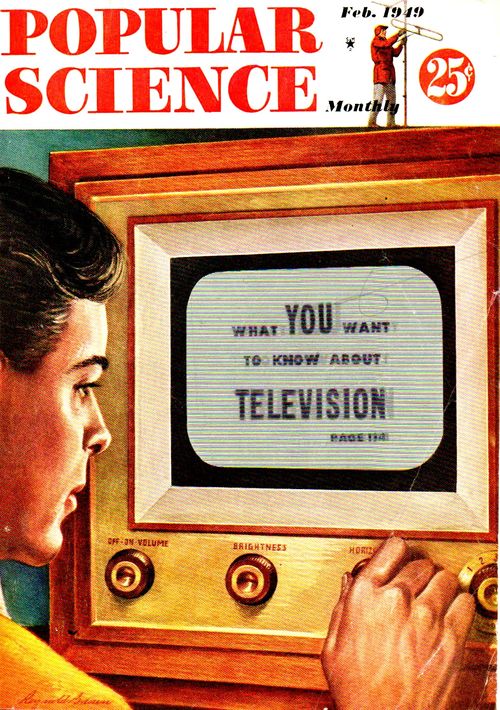 This cover (above) from Popular Science (February 1949) speaks to those early television times to me, the screen hosted in multiple layers of framing that gives it an appearance of a piece of art, which it was.

This pamphlet was delivered by Allen Du Mont Labs (1946) with the popular dictum that color television was not only possible but a probable near-term you-can-have-it-now reality.  The unfolded pamphlet cover also forms an interesting imaginary green-sky citiscape with a very stubby tv antenna foreground: