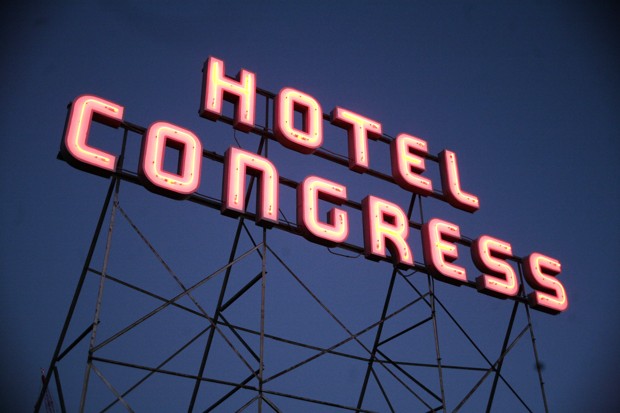 Tucson, Arizona, was once a glowing city, with neon signs flickering in vibrant pinks, yellows, greens, and blues. Clustered along major highways that run through the city, the signs were popular among business owners from the late 1940s to the early 1960s. Owners of motels, theaters, coffee shops, or laundromats alike relied on the bold colors and dancing pictures to entice “auto tourists.”

“This was when car camping and tourism were really propelled by the interstate and highway system,” says Jennifer Levstik, the preservation lead planner for the city’s Historic Preservation Office. “People would get into their cars and travel all over the United States, and the Southwest was a really popular destination.”

It’s not like that now, but I hope the campaign to maintain these burning lights succeeds.