I’m catching up with a boatload of great documentaries, and of them all so far Mistaken for Strangers is the easiest to love. If you’ve not seen this film yet, you really should. From the New York Times review:

Placed side by side, Tom and Matt Berninger are as aesthetically harmonious as marshmallow and beef jerky. But physical difference is only the tip of a fond estrangement that began during their childhood in Cincinnati and widened as Matt, the elder by almost a decade, gained recognition as the lead vocalist for the National. Seeing an opportunity to close that gap, Tom — whose main creative output had been microbudgeted horror movies — accepted Matt’s offer of a grunt job on the band’s 2010-11 European tour, toting a camera and a vague plan to make a documentary. What could go wrong?

Quite a lot, as it happens. Despite intermittent blasts from the band’s anguished, cerebral performances, “Mistaken for Strangers” isn’t about the music (which Tom, in any case, doesn’t really cotton to). The gold here lies offstage, in Tom’s left-field interviews with bemused band members (do they take wallets onstage, he wonders?) and in barbed confrontations with the highly organized road crew members who resent his laissez-faire work ethic. Chided by Matt for drinking too much (“You’ve got the allergy”) and disillusioned by the band’s aversion to drugs and partying, he visibly wilts; we can sense him recalibrating his notion of perhaps more than just the rock star lifestyle.

Pierced with touching moments of seemingly stumbled-upon clarity, “Strangers” is a shaggy ode to sibling reconnection. As Matt roams an auditorium during one of his midsong walkabouts, Tom scurries behind with the microphone cable before boosting his brother back onstage. The sequence is wordless, but its metaphorical impact is deafening. 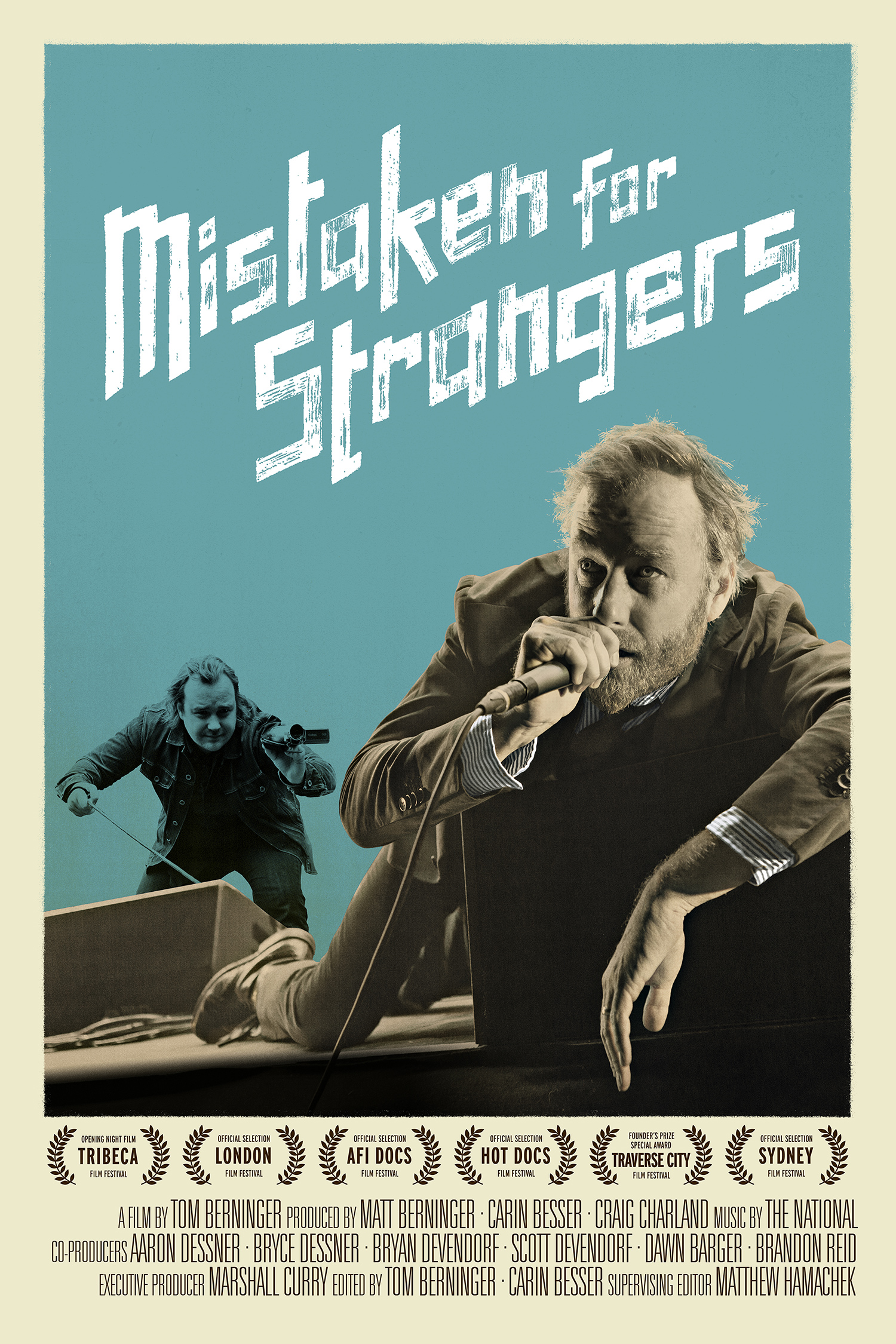 Mistaken For Strangers – a documentary that’s easy to love