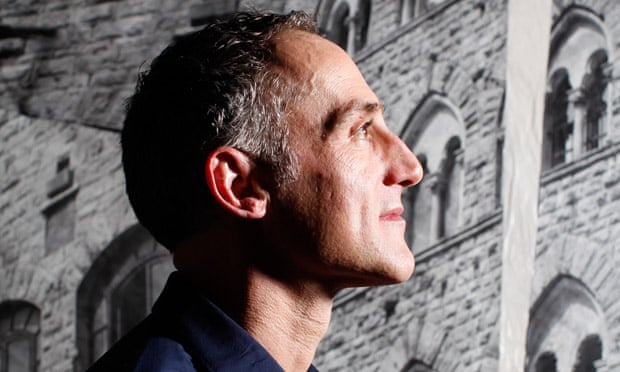 I read this piece by Ed Vulliamy earlier in the year and stumbled across it again just now: “Aniello Arena was convicted of gunning down three rival Naples thugs in 1991. In jail he found a new life through acting – and earned rave reviews at Cannes starring in a comedy about reality TV.”

Arena was granted leave by the parole board and prison authorities to pursue his enthusiasm, at certain hours of the day, crossing the road from the fortress to rehearse in a former public hall in a late Renaissance building. In 2006, Garrone visited and was enthralled. He was at the time casting Gomorrah, based on the terrifying depiction of the Camorra in a book by a journalist who had grown up among them, Roberto Saviano. Garrone’s first notion was to cast Arena as – effectively – his real self, a killer. But for the parole board, the proximity between reality and the proposed role was too much; Garrone’s request was refused.

So Arena continued to perform and tour. And surreally so: “When we got to a town to play, those in the company who were not prisoners would find a hotel, and the prisoners would have to register at the local jail,” says Punzo. “If it was Rome, it’d be Rebbibia, one of the worst.” How did his co-inmates react? “You know who you are in a jail, and in the end, I’m still one of them. I think they’re happy for me.”

Read it all here.